Holy Shit is a game for ten players, made during the ArtGame Weekend 4 in November 2013.

Ten mice are connected to a single computer. 9 players embody a food character, while the tenth plays a little poop trying to hug and contaminate the others. Rot each other, both on the screen and on the table until only one remains… fresh!

Tom Victor was the programmer, Tom Delboo, Célia Gironnet, Lucie Viatgé and Dziff shared the graphic work and I helped on the game design. 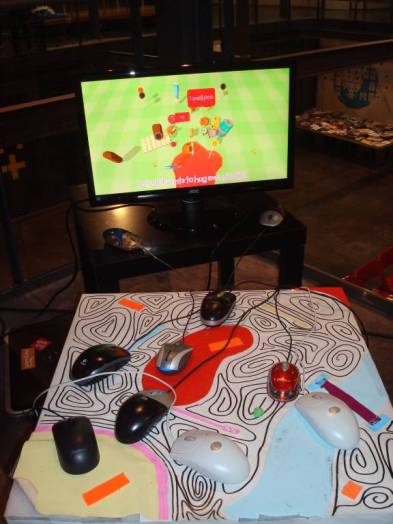 Here’s a cool Vine about it